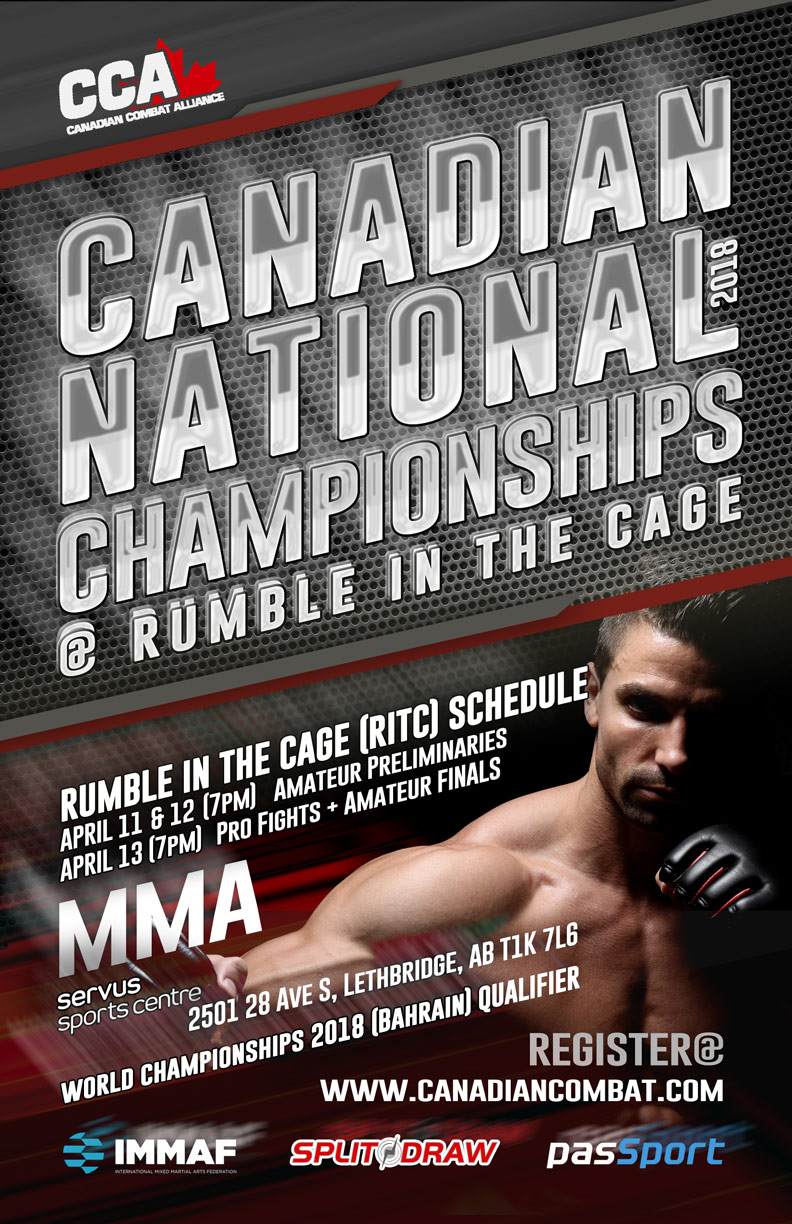 Compete for a spot on Team Canada 2018 in this all-divisions Amateur MMA Team Selection Tournament.

FINALS: Friday, April 13th during Rumble in the Cage! 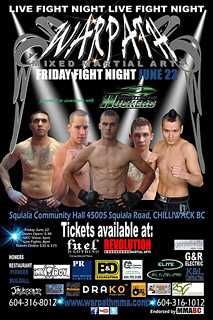 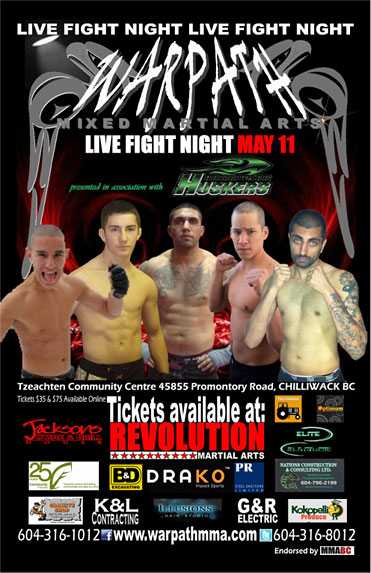 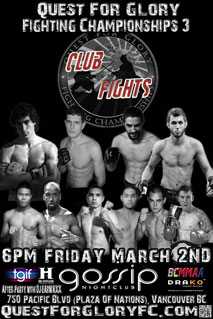 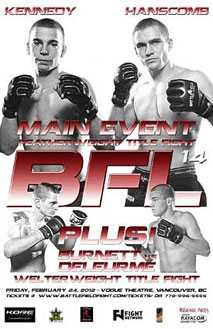 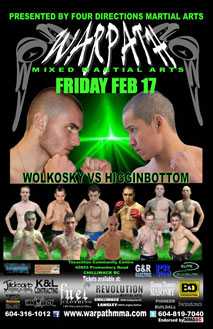 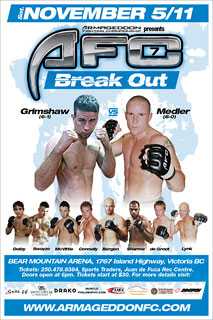 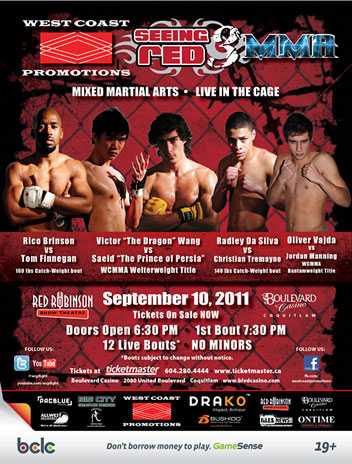 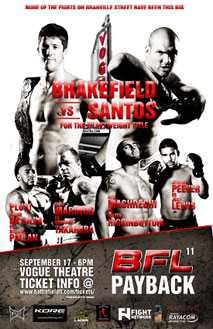 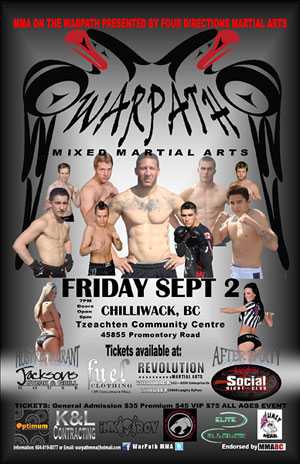 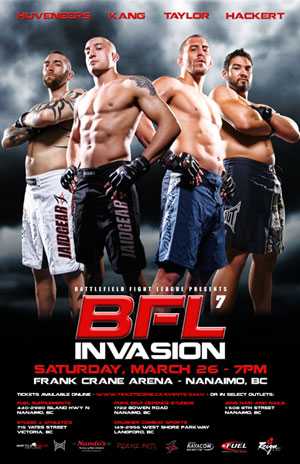 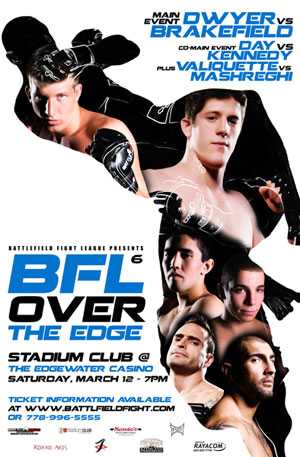 It was an intense night, and the verdicts came out strong. Dwyer, Kennedy, Mashreghi, Brunnette, Bird, Peever, Hyunh, Koch, Leslie, and Parent all came out victorious at BFL’s ‘Over the Edge’, at Vancouver’s Edgewater Casino. Playing to be a difficult opponent for Micah Brakefield, Matt Dwyer proved that wrestling could only get you so far in the sport of MMA. The two wrestled and grappled at moments in the fight, with Dwyer sneaking up for the win by rear-naked choke in the last twenty seconds of the third round. Beyond impressive however, was the co-main event between Jeremy Kennedy and Chris Day. The level of technical skill these two fighters exhibit never ceases to impressive fans, coaches, and everyone alike. Jeremy Kennedy kept the momentum throughout the fight, with some very impressive takedowns and striking against a well rounded Chris Day. Both fighters grappled throughout the fight, with very fluid transitions from strikes to grappling. Chris Day impressed fans with some notable reversals and near submissions. That was not enough for the judges however, who called the fight in favor of Jeremy Kennedy. The real question on BFL fans minds now however, is what is the next for Chris Day? With four losses against some very tough opponents, will Day stay and fight in this very difficult weight-class, or will he move a weight-class to ensure successful MMA career. Ash ‘the Smash’ Mashreghi did not fail to deliver an intense fight as always. With his built stature, Ash not only dominated his opponent early in the fight, but also actually impressed quite a few spectators with his elite level of boxing. Picking his shots careful and delivering them continually, Valiquette made a smart decision to not stand with Mashreghi and ended up losing in the first round via a key-lock arm-bar. Very respectable mentions also to Jeremy Peever, Chris Burnett, Jesse Bird, Tony Hyunh, Zach Koch, Alfred Leslie, and Mattie Parent. Special mention also goes to MMASucka’s Trevor Dueck, who although lost the fight to a very fierce Tony Hyunh, acquire the support from fans for his efforts. Main Event Matt Dwyer def. Micah Brakefield via Submission [RNC]- Round 3 (2:43) Jeremy Kennedy def. Chris Day via Unanimous Decision- (3x 29-28) Ash Mashreghi def. Andrew Valliquette via Submission [Keylock]- Round 1 (1:02) Chris Burnett def. Ben Cote via Unanimous Decision- (3x 29-28) Jesse Bird def. Jordon Howe via RNC- Round 1 (1:20) Jeremy Peever def. Rami Kadi via TKO- Round 2 (1:22) Tony Hyunh def. Trevor Dueck via Submission [guillotine]- Round 1 (1:47) Zach Koch def. Renfred Besarra via Referee Stoppage- Round 1 (2:29) Alfred Leslie def. Alex Green via TKO 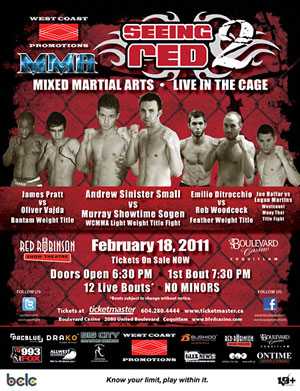 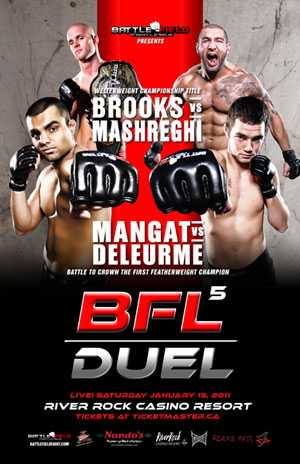 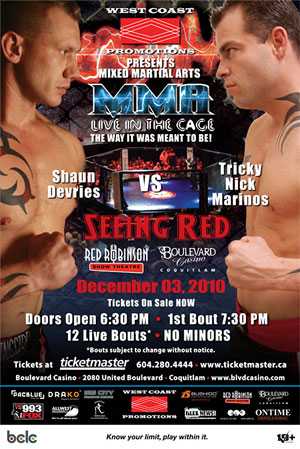 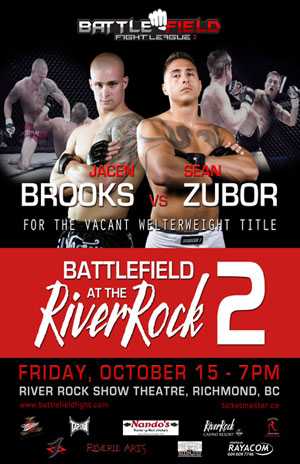 Battle at the River Rock II 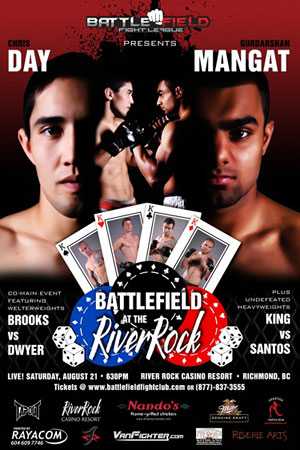 Battle at the River Rock 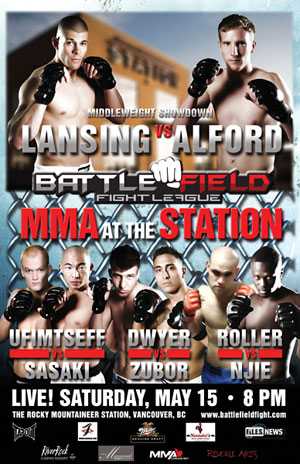 MMA at the Station 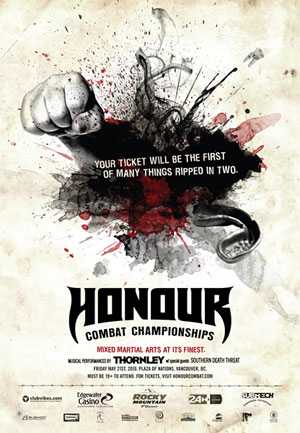